Shahid Kapoor celebrates his 40th birthday today. He’s had a great run at the movies of late and has been blessed with a great family which includes wife Mira Kapoor and two children – four-year-old Misha and two-year-old Zain.

As the actor turns 40, we remember a hilarious story of when Misha was born. Earlier, at a summit in 2017, Kapoor had shared that Misha was his and Mira’s “first project together”.

“It’s nice to say ‘we’ were pregnant because it gives you a sense of participation and responsibility. When I was in the labour room, I was actually holding my breath like her. At one point, I felt a little dizzy and she (Mira) kind of whacked me and said, ‘Why are you getting dizzy? I’m doing all the work here’,” the actor shared to much laughter.

Madhuri Dixit Nene recalls her experience of working in Devdas 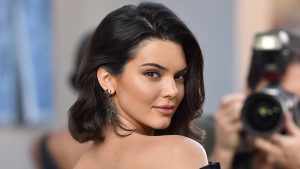 Trailer of Love Aaj Kal 2 is out